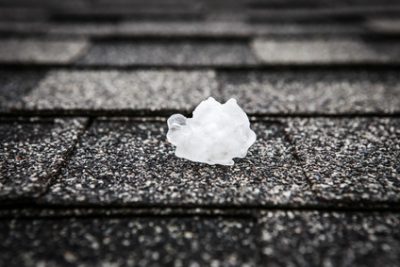 Hailstorm is one of the most common natural calamities in the United States. According to data released by the Met Office, the country experienced more than 5,000 hailstorms in 2016. Even though their magnitude and extent can’t be equated with calamities such as tornadoes and cyclones, but they are still able to wreak havoc. For instance, a spell of a massive hailstorm in Texas caused collective damages of nearly $3.5 billion dollars in 2016.

For homeowners, a heavy hailstorm can entail many damages. From breaking the windshield of a vehicle to destroying the lawn turf, a hailstorm can unleash a plethora of repair works. Hailstorms can also cause extensive damage to a roof and different related installations, but oftentimes they remain invisible from the ground. For that reason, many homeowners only come to know about hail damage when they witness leaks or other structural damages.

So, before a hailstorm inflicts substantial damages to your property and personal possessions, try to spot roof hail damages on your own to commence timely repairs and replacements.

Before climbing up the roof to identify damages, you can get a fair idea of the extent of hail damage by looking at the gutters, downspouts windowsills, and casings. For instance, if these articles are made of soft metal then you will encounter dents on them of the same size as of the hails.

Since the ridge caps of a shingled roof are flat, they bear the most brunt of the direct impact of hails. A badly damaged ridge cap can be seen from the ground. The damage of ridge cap also indicates that hails might also have inflicted damages on the roof surface.

Now, this is the most important part of spotting roof damages caused by a hailstorm. Depending on the size of the hail and the intensity of the storm, roof hail damages can be of three types.

Regular-size hails don’t cause dents and cracks on shingles just like they do on metallic surfaces.  Instead, shingles received bruising on their surface. Bruising on shingles can’t be seen through the naked eye in many cases. So, run over your hand on the roof surface. If you notice slight dimples on shingles, then it shows that they have been affected by the hailstorm.

A bruised shingle doesn’t become dysfunctional all at once. However, bruising still indicates that the wear and tear of the affected shingles has started.

An intense hailstorm can also cause cracks on shingles. A direct impact of a solid big hail can crack the upper layer of the shingle.

Granule erosion is also a type of roof hail damage. This usually happens when shingles are already near their useful life. If you are looking at shingles with the exposed substrate, then it is actually a patch of knocked off granules.

In case your roof has sustained hailstorm damages, consult any good roof repair contractor. A and L Remodeling provides exemplary roof repair and construction services in your area. Get in touch with us at (586) 777-1477 to deal with any roof hail damages.